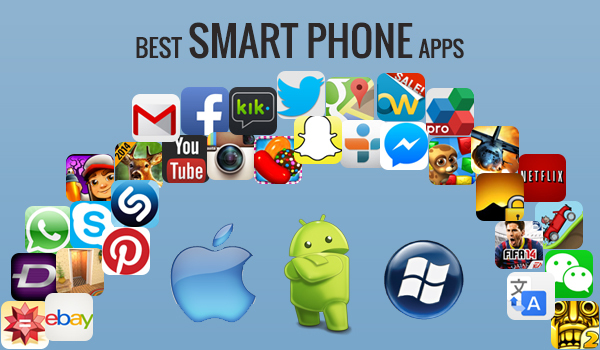 It is extremely interesting to look at what smartphone apps South Africans are using on a regular basis and which apps they find useful on the daily. Looking at a snapshot of the top applications, it is clear that we prioritise communication and connection, with these apps making up 40% of apps that we make use of daily.

This is followed by entertainment accounting for 25%, sharing at 15%, finance taking another 15% of the pie and security only a mere 5%.

What is interesting to note is that Twitter is not among the top 10 apps (placing at 14) that South Africans are using, and no news apps are ranking either. We clearly favour entertainment and connection over the news. Alternatively, smartphone users could be getting their news on other popular platforms like Facebook and YouTube.

Our top choice for communicating is none other than good old WhatsApp. It is an easy and economical way for South Africans to communicate not only with one another but with individuals outside of the country too.

The most used social media platform in South Africa is Instagram which has now taken over from Facebook. The photo-sharing app is used by 6.6 million people in the country after a massive growth spurt in 2018. The app has become a powerful tool for not only sharing images and video but as a platform for brands to reach ideal audiences and manage public relations.

Although Facebook boasts a larger audience than Instagram with 21,000,000 users, South African are favouring Instagram in terms of usage. They are spending more and more time on the platform and it’s clear that we have live video, Stories, and IGTV to thank for that.

It is no surprise that YouTube features in the list of most useful apps for South Africans. We do love to watch videos and get trapped in a never-ending YouTube vortex where you wander from one topic into another, then another and another…

Once again, social media and the desire for connection dominate our tops charts. Originally part of the Facebook app and called Facebook Chat, Messenger was launched as a standalone app by Facebook in 2011. Once again, we love to connect!

Shareit is a transfer tool that allows you to share files without using a Wi-Fi connection or any mobile data. It’s clear why South Africans love this one with the current price of data.

Keeping in touch and connecting with others has been made extremely clear with this list of top 10 apps that South African find useful. Being able to access emails on your smartphone has made conducting business and staying in touch all the more convenient. Although, this may be turning us into workaholics that don’t know when to switch off.

With unreliable public transport, it is easy to see why Uber makes the list of most useful apps in South Africa.

You could argue that Google Maps also falls into the category of connection when it comes to bringing South Africans together. In essence, it helps us navigate our way around the country with its GPS service and added traffic density feature.

After being one of the top players in the social media space for a couple of years now, Snapchat is not going anywhere as one of our favourite social connection apps. With a big investment of R2 million in 2018, it is clear that Snapchat is here to stay.